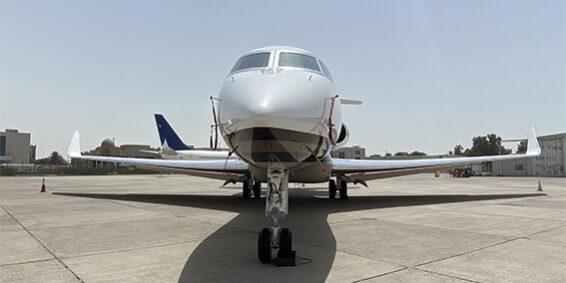 Aircraft Inspection under the Scorching Sun of Sharjah, UAE

This week our local inspector and asset manager Ms. Tianyi Ding was called to perform an aircraft inspection in Sharjah, UAE. On 06 July the inspection took place in a hangar at Sharjah International Airport and on 07 July on the apron with the APU running as the aircraft was about to depart to Bahrain. Temperatures reached desert like ranges, easily exceeding 50°C in the direct sun. During both days the inspection was supported by the Captain and the First Officer. After successful completion of the inspection the aircraft could depart as scheduled to its next destination.